I’m not sure what went on in my bedroom last night.

I probably should. I was there.

But as a rule, I sleep pretty hard.

I sleep the way I eat when I’ve been running all day, and I’m finally at a restaurant trying not to take my knife and fork to someone else’s food while the waiter talks about the specials.

But last night, I slept even harder than that.

It’s been a stressful month so far. May.

Math SOL scores aren’t coming in at job #1, so my entire testing schedule for the month is currently worthless. I’ll be living at the high school until June if you need me.

Which is good, because I just paid my son’s last college tuition payment, and now I probably can’t live in an actual house anymore.

When I hit submit, I actually heard my bank account gasp in shock. Then kind of roll its eyes and smirk. Then frown a bit. Now it’s just sitting there massaging its temples and slowly shaking its head.

“Enjoy your month of ramen and hot dogs, loser. You’re officially living in poverty until the 31st.”

Beeeecause I’ve been living the high life up until now??? Cool.

I spent the weekend searching for a probationer whose father, a man who looked duly remorseful as I explained to him what would happen in court this week if he didn’t get his child home by the time I made it back to the house again, doesn’t know how to enforce rules. Yeah. That child still isn’t home.

I forgot, once again, that I was visiting a heavy blood gang area and wore blue. Lots of it. Both days. And had to coax the specific gang member I was there to visit away from the black suv with the heavily tinted windows to ask him to please not leave the house again. Even if it was for “business.”

Luckily, they not too worried about me. I suspect they recognize the dead look in my eyes.

And for the love of all that is good, if I don’t get a haircut soon someone’s gonna try to cast me as Cousin It in the next Addams Family remake. The humidity is super helpful.

So when I woke from my unrestful, yet completely unresponsive semi-coma this morning, I spent the first 15 minutes trying to piece together what happened the night before.

I should note that I did not notice the corpse immediately.

It was only as I was re-entering my room with a full, piping hot cup of coffee and nearly stepped on it that I recognized that death happened in my room last night.

Stood there for a solid 2 minutes trying to decide what to do.

I needed to finish my coffee.

But could I really enjoy my coffee with a dead body lying so close to me?

Yeah. Turns out I can.

Besides, you’re not supposed to move the body until you’ve evaluated the crime scene. And I was in no way prepared to do that before coffee.

And I already have two perps that I like for this murder. They sneaky, though. I gotta figure out how to make these charges stick. Right now all I’ve got is circumstantial evidence.

‘Cause this one’s got the whole house shook. 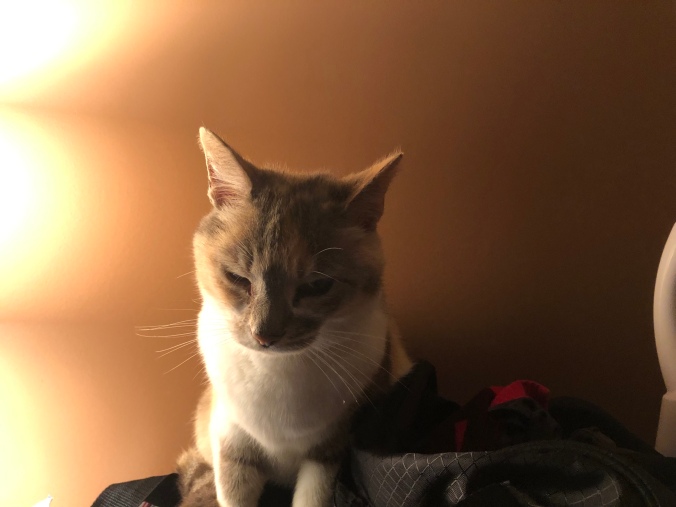 When I first questioned her, all she would say is, “A dead body in your bedroom. Sounds like someone’s trying to send a message.”

“That’s dead horse head in your bed, Punk. I’ve seen the movie, too.”

“Huh. Sure, then. An entire corpse on the floor next to where you’re sleeping probably doesn’t mean anything…”

I’m not sure what kind of message she was trying to send.